Numbers are starting to be posted by a few Carriers affected by Hurricane Harvey in Texas….

It appears that more than 500,000 vehicles will be presented as total losses from Harvey.  Some reports forecast that the carriers with the most Personal Auto exposure are State Farm, Farmers, Allstate and Progressive.  State Farm has the largest market share in Texas and there are reports indicating that they will lose some 5 Billion (that with a B) dollars in their Personal Auto portfolio from Harvey alone.   5 Billion dollars in one day, ouch!

S&P Global reports that Allstate has estimated a total of $576 Million in catastrophe losses (excluding Flood) through September 10th related to Hurricane Harvey.  That number is expected to rise considerably. It also reports Progressive has announced a Net loss of $16.8 Million in August.  (Progressive is not listing its estimated losses in total through September yet)

There is no doubt that these numbers will be compounded once Hurricane Irma numbers start to roll in.

Unfortunately, as in years past, the losses taken by carriers in the gulf will no doubt affect our local markets here in California.

California is known to be fertile grounds for insurance carriers (high premiums, lots of people).  The frustrating part about all this is that national carriers almost always look to recoup losses on the backs of CA consumers when these catastrophic losses occur in other states. Equally frustrating is the CA Department Of Insurance who allows the carriers to adjust rates in our state to help Insurers recover in places like Texas and Florida. The impact of these catastrophic events will be felt in both Commercial and Personal Lines.

Now here’s a plug for our agency:

Why work with an Insurance Brokerage like ourselves? – We are advocates for each one of our clients. We hold the control over the insurance carriers. Therefore, forcing carriers to offer the best claims service and better rates for well deserving consumers. – Call today and speak with one of our knowledgeable brokers. We look forward to solving your insurance problem!

Business Insurance – Smart Protection for Small Businesses You’ve invested a lot of time, money and sweat in your small… 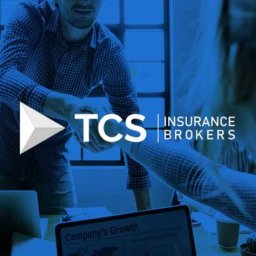 What is General Liability Insurance?

After dedicating so much time and effort to your business, the last thing you need is for a disgruntled employee…